Recently I’ve rewritten en re-released the fairly popular Analytics Spam Blocker. Originally created by Luke Williamson. He didn’t want to continue the project so I asked if I could take over and he agreed 🙂

More importantly. With the spawning of new bots and referral spam every day, a common complaint was that new domains to block weren’t included in the plugin fast enough. With my new version this is mostly negated by an automatic reporting system.

Users can now report domains from their dashboard and if a few people report the same spam domain, the domain gets included in the main block list. Which I think is really cool and useful. The block list is refreshed daily from a API I’ve developed. Via this same API you can report domains straight from your own website. Real easy and efficient. 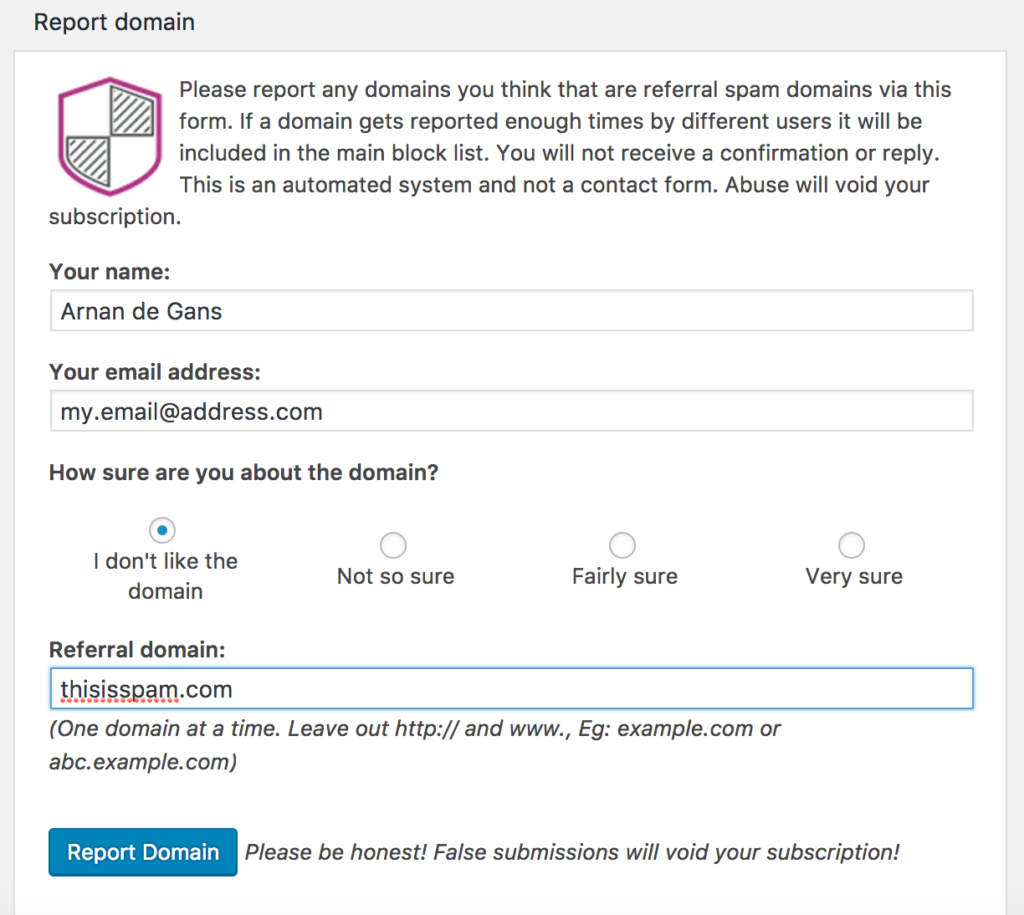 So if you’re tired of referral spam in your analytics, get Analytics Spam Blocker today! If your spam domains do not go away – Report them and help make the plugin more effective!